You know those rare books you find utterly impossible to put down? The ones you simply must digest in one sitting regardless of what chores need done or appointments you must keep? Well, this is one of those books. Short, fast paced & gripping this book draws you in and insists you don’t put it down again until you’re done. 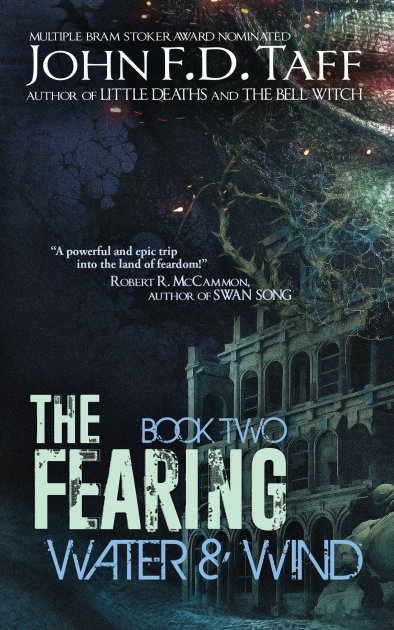 Book two in The Fearing series picks up right where we left off, following our bus of terrified tourists, our love struck teens & of course the creepy Adam who seems to be the only one happy about what is happening with the world.  This book also introduces two new characters in the form of the good Reverend Mark, who brings a little theological perspective to the apocalypse and the mysterious Monday, a young girl who has lost her memory after a head injury but appears to know a lot more than she is letting on.

This book  begins to explore what is actually happening and why, positing two potential theories.  Is this the collective fears of the world merely being expelled from their ‘vessel’ once it became full to capacity as Charles posited?  Or perhaps this is the rapture as hypothesised by Reverend Mark and Monday?  The rapture makes sense as it would explain the distinct lack of corpses laying around, but then why were these people left behind?  They seem like a pretty decent bunch of people, hardly worthy of limbo, but even if they secretly have pasts or reasons to prevent them entering heaven outright, then what about the children?  The baby carried by the butterfly lady or the young member of the Reverend’s flock?  Surely those young souls would be sent to heaven being innocent and unsoiled by the world as of yet?  I am personally drawn to the collective fear theory.  I love the idea of the most concentrated fears being first, the ones held simultaneously by millions such as nuclear war or natural disasters, before the fears becoming more select and specific to the few survivors remaining.  This would definitely fit with what is happening in both books so far.  Could Adam be the ‘vessel’ in question?  He begins book one overwhelmed with fears and anxieties, but as they have become released and acted out on others he has described feeling ‘lighter’ and less afraid.  It was also explain his eery ability to know what everyone fears and how they will manifest.  But if he is the vessel, Pandora’s box unleashing woes on to the world, then who is Monday?

And that brings me to the best part of this series, the fact that it gets you thinking, it gets you theorising, driving yourself crazy trying to figure out what is happening and who will survive.  These books have everything you need in a good horror, believable and most importantly likeable characters with whom the reader sympathises, fast paced and well written action and an enemy that is a threat to all of us, including the readers: Fear itself.  I read both book one and two in one sitting each and I cannot wait to read the third and final instalment in the series…can I have my copy now please?

*Grey Matter press and the author provided me with a free copy of this book in exchange for a fair and honest review.  Thank you to both!